Singapore has four ethnic groups:  Indian (mostly southern Indian), Chinese, Malay, and “other”.  At the beginning of modern Singapore, in the early 1800s, the “founder”, Sir Stamford Raffles, divided the city up into ethnic enclaves, separated by Middle Road from the administrative areas.

Today, I went to explore Little India.  It’s a busy area, smelling of incense and curry, with lots of little restaurants and shops and so many interesting things to see.  The most colorful of the buildings are the religious buildings.  There are many Buddhist and Hindu temples, as well as mosques in the area.  Many of them were being renovated, so I didn’t get great pictures, but I did happen to be at Angullia Mosque for the 1:00 p.m. call to prayer. 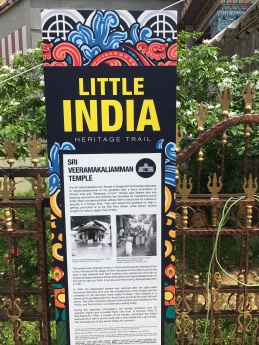 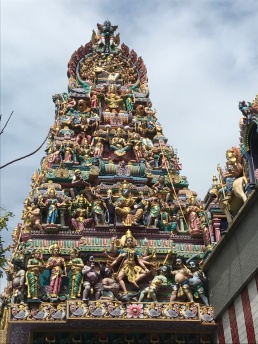 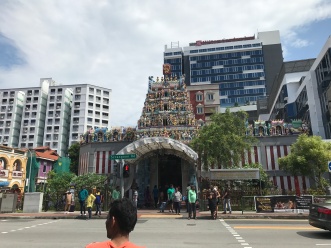 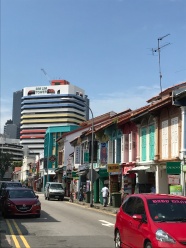 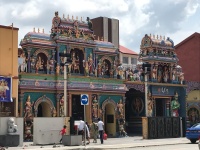 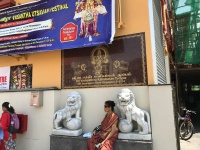 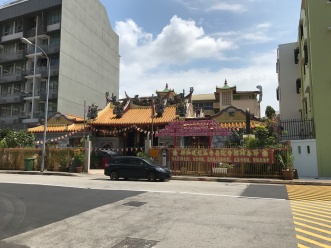 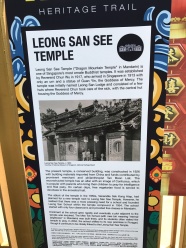 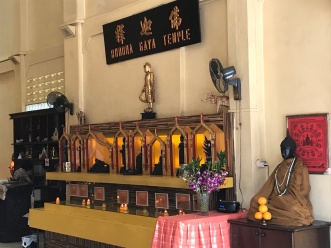 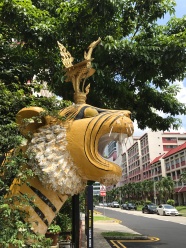 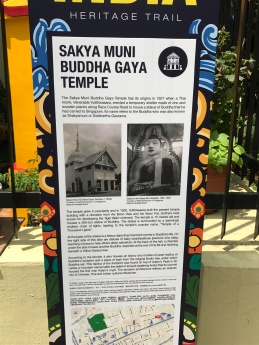 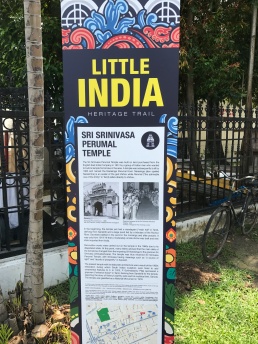