February has been a good time to be in Paris, because most of the things that I wanted to see haven’t been horribly crowded. The flipside to that is that the weather, although not nearly as cold as it is at home, has been very rainy.

I had again planned to go to the Marais area of Paris for a wander today, but the rain was just too much. Instead, I went to the Musee Marmottan Monet. This museum was a private residence of an art collector, and then turned into a museum. They’ve done a lovely job of keeping things in the rooms as if it were a private residence, and displaying the lovely art collection that both M. Marmottan had, and that has been acquired since.  The Musee Marmottan Monet is where Monet’s son bequeathed his works, and is the largest Monet collection existing.

Pictures were not allowed inside, so all I’ve got is this:

The main floor of the house is currently being used for a Camille Passaro exhibition, which was very pretty upstairs had additional art, some of that impressionist, but much of it from the owner’s original collection. It isn’t until you get to the “basement” that you see all the Monets (the best for last).

It was amazing to see so much of Monet’s work in one place. What really moved me was that not only was his work arranged by subject, but also over time within that theme. You can really see how his vision had deteriorated over time, and how much that affected his painting. It was heartbreaking to see; I can only imagine it was heartbreaking to live through.

After the Musee Marmottan Monet, I decided to walk back to my flat. Those of you that know me will know that I am not known for my sense of direction. Luckily, Paris corrects for that: if I can see where the Eiffel Tower is, I know how to get back to the flat. Even with all the rain, it was a lovely walk. 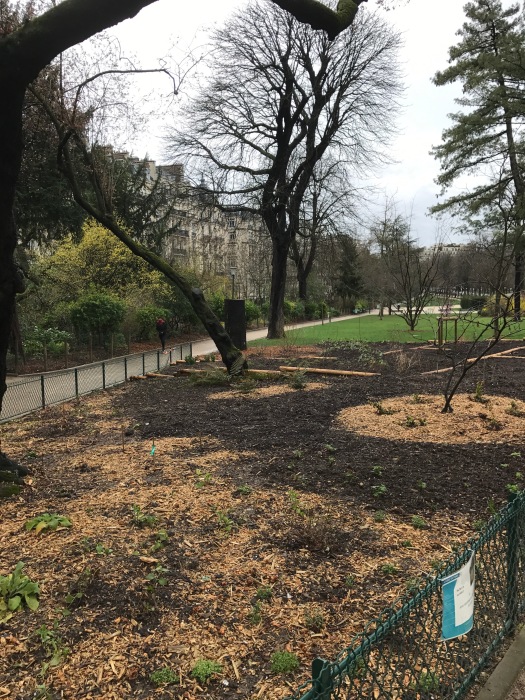 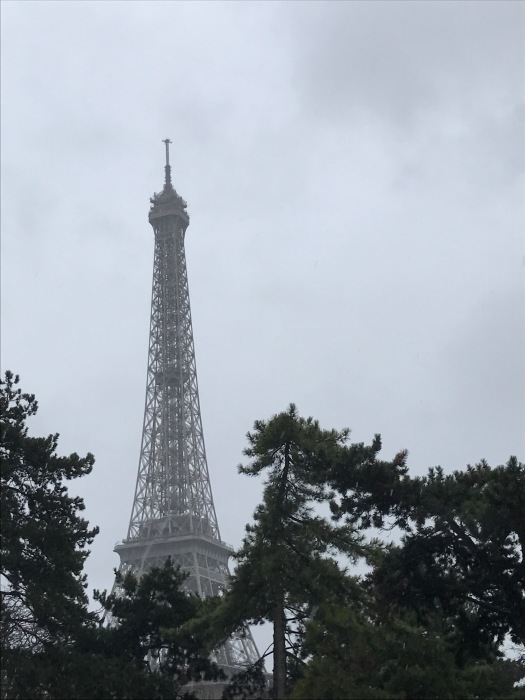 Until I got close to the Trocadero. It was blocked off by the gendarmerie (and the French gendarmerie is the most heavily armed I’ve ever seen, so I don’t want to mess with them). There was a demonstration going on at the Trocadero, which made my walk home a lot longer, but gave me a good view of activism in Paris. My flat is on the corner of the road that feeds into the Trocadero, so it’s been full of cars and people walking to the demonstration.

The local Metro actions were closed, and I wasn’t sure that I could get an Uber to go out to the flat, so I decided to spend the afternoon here. Of course, the weather decided to be nice for my afternoon in!